Aertv will stream the GloHealth All Ireland Schools’ Cross Country Championships this Saturday 7th March live from Clongowes Wood College, Kildare. It is the first time this popular event will be broadcast live.

A massive 12,000 schools athletes have participated in the Championship qualifiers since January and there is huge interest in the event being broadcast live.  The races begin with the minor girl’s at 12pm and concludes with the men’s universities race at 3.10pm.

Karen Howley, Live Event Producer at Aertv said; “There is a real buzz around All Ireland Schools’ events and it’s fantastic that we can live stream this fixture to fans around the globe. Competitor’s family and friends can tune in and cheer them on from wherever they are.”

The Senior Boys race at 2.40pm is expected to be the highlight of the day with a highly anticipated battle between Kevin Mulcaire (St Flannans Ennis) and Jack O’Leary of the host school at Clongowes Wood College. Mulcaire has dominated cross country running at junior level lately with recent victories at the Munster Schools (12th February) and GloHealth Inter Club Cross Country Championships (1st March). He will start as the favourite to win the title however O’Leary will no doubt be inspired by the home support and will do his upmost to challenge for the title.

Sinéad Galvin, Marketing and Communications Manager of Athletics Ireland said; “In a highly competitive sporting media environment Live Streaming enables the association to become its own broadcaster. We can showcase our great sport and reach a wide fan base at a relevant convergence point of on-line and social media.”

The intermediate and junior races have the added spice of acting as the trial for the SIAB Schools International to be held in Santry Demesne on the 21st of March. The top eight across the line will earn themselves a place on the Irish team for the international fixture.

This is the third live event of the 2015 season that Aertv and Athletics Ireland are partnering on to provide full live coverage with commentary from the energetic and witty Jumping the Gun team. 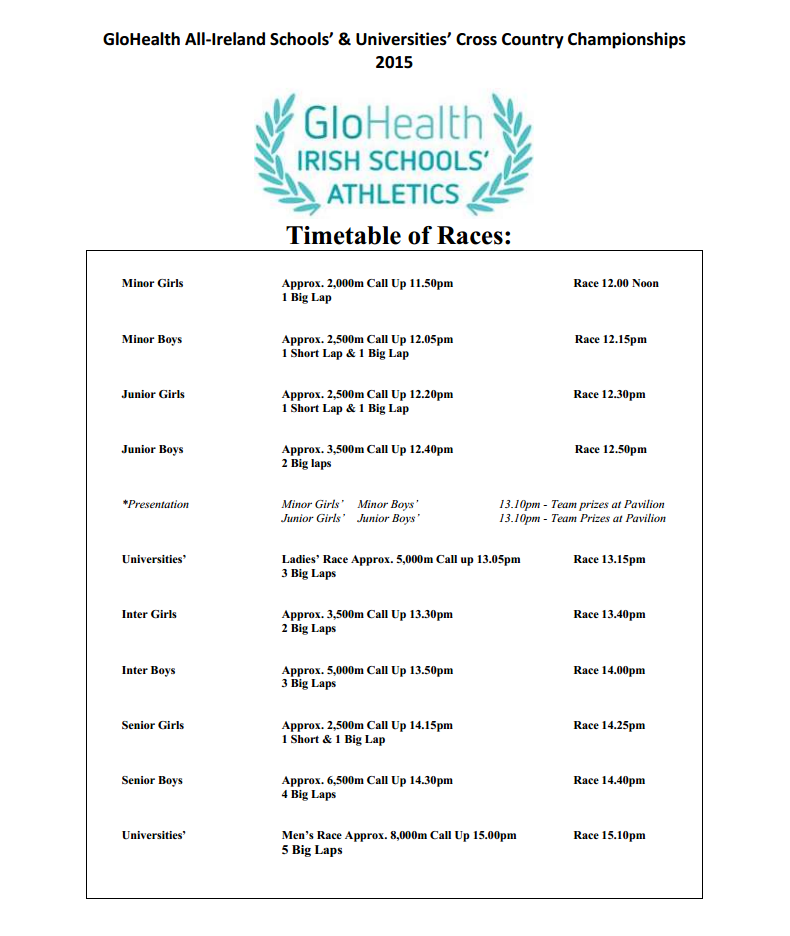 Join our host Danny Carroll in The Parlour bar in Whelans for episode 2 of our brand new music telly...